﻿ The 3 aspects of Industrial Property, the Patent, Industrial Design and the Trademark

/
The 3 aspects of Industrial Property, the Patent, Industrial Design and the Trademark

The 3 aspects of Industrial Property, the Patent, Industrial Design and the Trademark

Today we are going to explain through a real example the three aspects of Industrial Property, the Patent, Industrial Design and the Mark. The example chosen is known to all, it is the company BIC.

Business strategy began when in 1951 the French Baron Marcel Bich bought the patent rights to the inventor of Lazlo Biro pen, which so far had not sold. The acquired patent represented a complete change in the conception of writing tools that until now were based on the feathers. 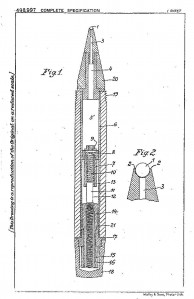 As you can imagine, was a resounding success thanks largely to be an exclusive 100% new product. But success is not only based on the patent but also influenced greatly to industrial design to which she claimed the product. As can be seen, the design of Bic pens is not casual but is the same polyhedral profile, thereby preventing the pen roll on an inclined surface and falling off the same. Finally, knowing the need to identify their products with a distinctive sign for the rapid identification of the same, the company identified all its products with a mark (third aspect of industrial property).

Such has been the business success of this company, which through the use of their brand has dared to explore new markets with the release of products totally unrelated to the initial product; pens. Some of these products are, lighters, razors, single-use, windsurfers or mobile phones. 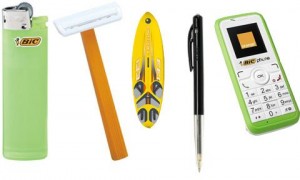 Both, patent, trademark and industrial design process it is recommended by a professional, as Volartpons, which certainly will help you avoid wasting your resources by establishing an efficient resource strategy.

One question and done
Our community helps you