﻿ Trademark cancellaion for lack of use. A strategy not always reliable.

/
Trademark cancellaion for lack of use. A strategy not always reliable.

Trademark cancellaion for lack of use. A strategy not always reliable.

The use of the trademark is the main obligation acquired by the owner, something that is not necessarily fulfilled, especially when the Peruvian Trademark Law, in contrast with the Anglo-Saxon Law, its constituve and obey to the principle of the registration, which means that it is not require that the trademark be in use in order to earn the registration, allowing the economic agents to get the registration of trademarks that have never been or will never be use or will only have a temporary use. 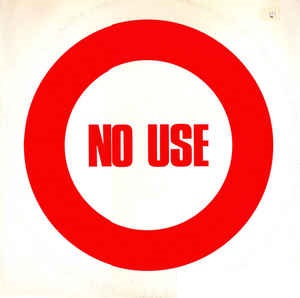 For this reason, in many legislations of the world is regulated the trademark cancellation for lack of use, which will allow that economic agents with real intention of use the trademark to obtain the registration. The cancellation for lack of use is also a means of defense fot oppositions and one of the most used strategies to avoid possible denials for the existence of identical or similar trademarks already registered.

In our legislation, Article 165 of Decision 486, Common Regime on Industrial Property of the Commission of the Andean Community, states that: "at the request of an interested party, the Competent National Office shall cancel the registration of a trademark that, without justified reason , had not been used by its owner, by a licensee or by another person authorized to do so in at least one of the Member Countries, during the three consecutive years preceding the date on which the cancellation action was initiated "(total cancellation) . It also states that "when the lack of use of a trademark only affects one or some of the products or services for which the trademark is registered, a reduction or limitation of the list of products or services included in the registration shall be ordered, eliminating those for which the mark had not been used; for this, the identity or similarity of the products or services must be taken into account. " (partial cancelation).

It is precisely because of the complexity in the interpretation of the partial cancellation, that the Trademark Office of the National Institute for the Defense of Competition and the Protection of Intellectual Property (INDECOPI) had to issue precedents of mandatory observance, since in this modality not only It will take into account the suitability of proofs of use presented by the owner, but also the identity or similarity of the goods and / or services distinguished.

The first precedent regarding Partial Cancellation, was Resolution No. 1183 -2005 / TPI-INDECOPI, which partially canceled the registration of the Trademark "PETALO", which distinguished "toilet paper, paper towels, napkins and paper handkerchiefs , cleansing paper, toilet paper and similars and other articles" of class 16 of the International Nice Clasification, limiting it to distinguish only" toilet paper ".

The criteria established by the Office at that time, for the analysis of the identity or similarity of the goods and services were the following:

This precedent was modified by the second and current precedent, which is Resolution No. 2076-2016 / TPI-INDECOPI, which partially canceled the trademark "CORONA", which distinguished "Exclusively hand tools" of class 08, limiting it to distinguish only "bows for butcher".

In the first instance, as the owner had demonstrated the use of the trademark for "bows for butcher", a product that was included in the "hand tools" genre, the cancellation was declared UNGROUNDED . However, the petitioner appealed claiming that as the use of the trademark was only demonstrated for "bows for butcher", but nor fot hand tools in general, the trademark should be partially cancelled, limiting it to distinguish only that specific good.

This argument, clearly simple but very strong, led the office to add a new criteria since in the practice it had been noted too, that in not all genres  the products or services included are similar. For example, whitin  the products include in the genre of "hand tools" of the class 08, it can be found "nail files"  and "side arms".

In this regard, the Court established the following:

This decision was very favorable for the petitioner, who could register in his favor  the  trademark "CORONA" to distinguish "exclusively nail clippers", of the class 08, which had been denied in the first instance due to the existence of risk of confusion with the registered trademark "CORONA"  that distinguished "only hand tools", of the class 08.

In the examination of registrability, at first it was determined that besides that the trademarks shared as only relevant denomination the word “CORONA”, which generates phonetic similarity, there was also a link between the products since nail clippers are included in hand tools. However once the trademark was partially canceled and limited distinguish only "arches for butcher", this link ceased to exist and the applicant was able to obtain in the second instance the registration of the trademark “CORONA” to distinguish "exclusively nail clippers".

This case make us questioning, is the cancellation the most reliable strategy to obtain the registration of identical or similar trademarks that are already registered on behalf of other owners? Would not this be misleading to consumers? To answer these questions, it is important to point out that our trademark office tends to prevail the rights of the consumers over any other, and that is why the examination of registrability regarding the linking of products or services is very strict, even more if they are in the same class and / or genre. In addition, because of the specialty principle, for which the trademarks only protect those goods or services for which they were registered, the coexistence of identical or similar is posible  as long as there is no link between their goods or services.

For example, in Resolution No. 0007548-2018 / DSD-INDECOPI, issued on May 20, 2018, the application for registration of the trademark "RAE"  to distinguish exclusively “underwear for men, boys, girls and women” of the class 25, was denied due to the existence of trademark "RAE" and device, registered on be half of another owner to distinguish "Only bras" of the class 25.

The registered trademark “RAE” and device, which in the begining distinguished: "clothing, footwear, headgear", was subject of a cancellation action started  by the applicant almost at the same time of his trademark application, as a strategy to obtain the registration. However, the owner managed to prove the use of his trademark for "bras", a product that belongs in the genre of “clothing”, therefore the authority in the second instance applied the mentioned precedent and decided to partially cancel the registration, limiting it to distinguish "only bras".

As we see, unlike the case of the trademark "CORONA" this partial cancellation was not favorable for the applicant, since the products that remained in force were linked to the products of his requested trademark, which is why his application was denied.

In conclusion, although this precedent is debatable, it should not be taken as an incentive for the coexistence of identical and similar trademarks with different owners, which would create a risk of confusion for consumers, but rather as a way of reflecting  a more accurate reality of the use of the  trademark, favoring the fair competition in the market.

Finally, as not all of us have the luck of the applicant of "CORONA", before starting a cancellation it is always advisable to do market studies of the trademark, because even  though it means extra expenses, in the future it helps us avoid that, like the applicant of  "RAE", our strategy turns out a failure.

One question and done
Our community helps you