/
The Fanciful Marks are easy to register.

The Fanciful Marks are easy to register. 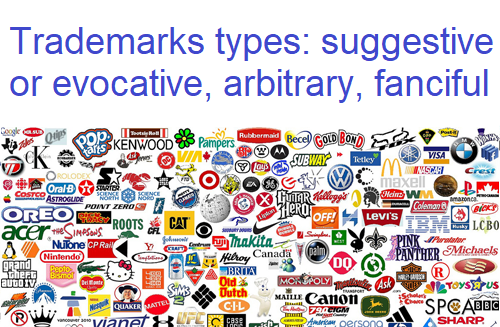 Thus, we have suggestive marks, also called evocative, are signs that indirectly suggest or evoke some idea about the characteristics or properties of the products or services that they intend to distinguish, without actually describing them. Here we can mention for example the mark "Nescafé" to distinguish coffee, the mark "Lavadocil" to distinguish dishwashers or the mark "Cerelac" to distinguish cereals.

Both in doctrine and jurisprudence, it is pointed out that the evocative mark is one that brings to the consumer's memory an idea of ​​the characteristics of the product or service that it is intended to distinguish with it, which means that these types of marks are considered weak marks. Of course, these trademarks do not directly refer to the characteristics or qualities of the product or service, because if this were to occur it would be rather descriptive marks, which would undoubtedly generate its non-registrability for incurring grounds of absolute prohibition.

On the other hand, arbitrary marks are signs that have a great distinctiveness, but in a lesser extent than fanciful marks. These are signs that have a meaning known to the consumer, but that have no relation to the product or service they distinguish. In this case, the mark "Cielo" could be mentioned as an example to distinguish table and mineral waters. Although the word sky has a meaning known to people, this word is not related to water, product distinguished with the aforementioned mark or as the case of the famous mark "Apple" -whose meaning in English is manzana- that distinguishes computers.

Finally, fanciful marks are signs created or invented thanks to the ingenuity of their author in order to constitute exclusively a mark. These are extremely original signs, which have no meaning whatsoever and are not related to the product or service that is intended to distinguish with them, such is the case of the famous mark "Kodak" that distinguishes photographic equipment or “Barrington” that distinguishes textiles and textile products. For this reason, both doctrine and jurisprudence allude to the fact that these signs have a high level of distinctiveness.

Thus, with regard to this type of trademarks, the Court of Justice of the Andean Community has indicated the following:

"Words of fantasy are words created by the entrepreneur that may have no meaning but refer to an idea or concept; so are the words with their own meaning that distinguish a product or service without evoking any of its properties. An important feature of this type of marks is that they are highly distinctive (...) original combinations can be created with infinite variants and the result is the birth of new words that contribute to enrich the universe of marks".

Gamboa Vilela holds the following: "Finally, the fanciful signs are those signs 'created' or 'invented' to function as a mark. They are denominations, figures or any element that lacks meaning for the average consumer. To the extent that they are signs that before their adoption by the applicant did not exist, they do not have any type of link with the product or service for which it is requested, and this makes it a sign with high distinctive aptitude".

It is said that in the case of fanciful marks there is a greater effort of its creator, a true imaginative and creative process that drives him to create a sign that constitutes a mark, so they enjoy a greater distinctive power. Despite the effort of the creator, it will also be difficult to impose the mark on the market so that the consumers can remember it and associate it with the product or service that distinguishes, but the effort will give rewards since once the mark is positioned in the market it will be difficult for the general public not to recognize or remember it because it is original or novel.

Thus, Otamendi points out that "The choice of a mark is not always an easy task and there are companies that, before doing so, analyze the reactions in the public of several alternatives. The choice of a fanciful mark requires efforts to impose it on the market and make the public get used to it, and remember it. The greater the fantasy of the mark, the more difficult it will be to impose it. A word that is used in everyday language will be more easily remembered by the public.

However, that which requires the greatest effort will give a better prize. The fanciful mark, for its uniqueness, will generally enjoy a greater distinctive power. It is more likely that the same word with meaning is chosen by different people to distinguish different products than a word of fantasy. Many marks are formed, or contain, the words "Sun", "Star", "Lightning", but there will undoubtedly be many who use in the world marks such as "Lee", "Lux", "Pepsi", "Ford "or" Nestlé ". When we hear these marks we know not only what the product is, but also who its manufacturer is. On the other hand, when we hear the ones mentioned before we are not sure about the product in question because there are several different products from different origins that carry those marks".

For carrying that effort adhered that so much work has cost to its creator and the high distinctive aptitude, is that these marks deserve greater protection than other type of trademarks. Hence, when the comparative examination between signs is performed to determine if they are similar and lead the consumer to confusion, it is that the arbitrary or fantasy character of the sign is taken as a criterion.

Article 45 of Legislative Decree No. 1075, states that "for the purposes of establishing whether two signs are similar and capable of causing confusion and error to the consumer, the competent Directorate shall take into account mainly the following criteria:

a) The successive appreciation of signs considering their overall appearance and with greater emphasis on similarities than differences;

b) The degree of perception of the average consumer;

c) The nature of the products or services and their form of marketing or provision, respectively;

d) The arbitrary or fantasy character of the sign, its use, advertising and reputation in the market;

e) If the sign is part of a family of trademarks." (The underlining is ours)

Now, when fanciful signs are compared or when one of the signs, whether the requested one or the registered one, is of fantasy, it is not possible to compare them at the conceptual level, because the fanciful sign does not have a meaning, so it will be difficult to determine whether it  exists conceptual similarities between signs, for this it will be necessary to use the other criteria such as the phonetic or graphic similarity to determine if they resemble and cause confusion.

In this regard, Férnandez Novoa points out the following "whimsical or fanciful word marks have no meaning of their own, hence, by not evoking a given concept in language, conceptual comparison is impossible."

For example, we have the case of the mark ASTROM and logo  , filed by Calderon Velasque, Anderson, of Peru, to distinguish "clothing, pants" of class 25 of the International Classification. This application was opposed by MARATHON CASA DE DEPORTS S.A., of Ecuador for being the owner in Peru of the marks ASTRO and logo (certificate N ° 91379) and ASTRO (certificate N ° 90231), which distinguish products of class 25 of the International Classification.

By responding the opposition, the applicant alleges that, from the conceptual point of view, the name ASTRO refers to a celestial body with a defined form, while the term ASTROM, is the last name of a Finnish gospel singer, summarizing that ultimately the signs had different concepts.

For its part, the Commission of Distinctive Signs by Resolution No. 0007-2014/CSD-INDECOPI, declared grounded the opposition and consequently denied the registration of the requested sign despite identifying that the marks could not be compared from the conceptual aspect, it was indicated that the same from the phonetic and graphic point of views were similar so they could not coexist in the market without causing confusion.

"From the conceptual point of view, the name ASTRO, refers to the concept of a celestial body that populates the sky, while the term ASTROM, will be perceived by the consuming public as an element of fantasy, so it is not possible to determine the existence of conceptual similarity between the signs in conflict. However, this does not detract from the similarity of the aforementioned signs in graphic and phonetic aspect."

However, there are cases of signs made up of words in a foreign language, these are considered as fanciful signs, if their meaning is not of common knowledge for the consuming public, so they can be registered. But if the meaning of the word or words in a foreign language are of generalized memory or use, they cannot be registered as trademarks, especially if it is related to the product or service that they intend to distinguish.

This is how the Court of Justice of the Andean Community established in the process 113-IP-2008 "signs formed by one or more words in a foreign language that are not part of common knowledge are considered as fanciful signs and, consequently, its registration as trademarks is appropriate.

These signs will not be registrable if the conceptual meaning of words in a foreign language has been made known to the majority of the consumer or user public, and if in addition, they are generic, descriptive or commonly used terms in relation to the products that it is intended to identify."

However, the signs in a foreign language that although they contain terms of common use but that include other elements that give them distinctiveness, may access the registry without problems.